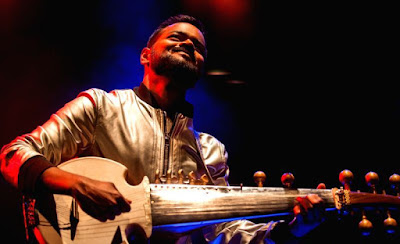 The event will feature music, stories and dance from across South Asia as curator Soumik brings together an array of Britain-based musicians, storytellers and dancers whose contemporary practice is deep-rooted in the musical traditions of South Asia.

Horniman Museum and Garden's Indian Summer will be a series of events and exhibitions from July 9 to September 3, and celebrate 70 years of India's and Britain's cultural ties.

"I wanted to recreate the atmosphere of vibrant Indian festivals complete with nomad bands and folk musicians playing on street corners and city gardens," Soumik said in a statement.

"The word ‘baaja' in Hindi roughly translates as ‘instrument' or group of instruments. For me, an instrument carries with it the DNA of where it has come from. In its sound, it carries the identity of its region.

"In its resonance lives its many stories. Responding to the incredible collection of instruments at the Horniman, I wanted to celebrate ancient South Asian instruments such as the sarod, veena, bansuri and kanjira that are now being played by young and dynamic second generation maestros in the UK with an urgency that keeps this music relevant and alive," he added.
Entertainment , Fashion & Lifestyle