Indian actress #Huma_Qureshi attended the Brit Awards 2017 here, and had an amazing time at the gala. 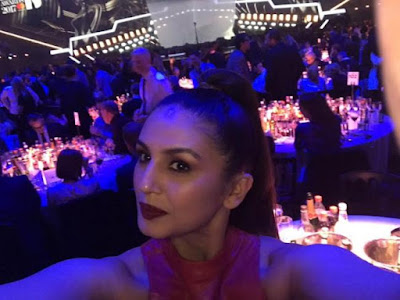 The actress, who is loving the appreciation coming her way after the success of courtroom drama film "Jolly LLB 2", took to Twitter to share the update.

She posted: "Amazing last night at the BRITs with Skepta Shutdown woo hooo."

Rock star David Bowie, who died in January last year, was awarded Best British male and Best British Album for "Blackstar" at the ceremony on Wednesday.

English artiste Skepta stole the show with a blazing performance of "Shut down". He failed to pick up any awards on the night.

Adele was recognised with the Global Achievement Award -- given to the British artiste with the biggest overseas success. The singer, on a break from her world tour, accepted the prize via video.
Entertainment

Actor #Irrfan_Khan on Thursday released on social media the first look of his Bangladeshi movie #Doob ("No Bed of Roses"), which has been banned in Bangladesh. 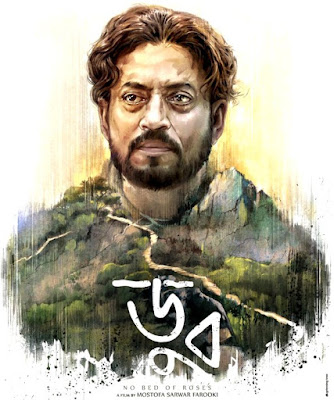 He posted: "Here's the poster of 'Doob' Eskay Movies Most of a #Sarwar_Farooki."

The actor is also co-producing the film.

In the artistic poster, his face can be seen superimposed on the image of green hills and a pathway in between. The poster gives a look of being a canvas painting.

The film, which is said to be loosely based on late Bangladeshi writer and filmmaker Humayun Ahmed, hit headlines recently when it got banned in Bangaldesh.

Helmed by Bangladeshi filmmaker Mostofa Sarwar Farooki, the movie is said to be about Ahmed, who divorced his wife of 27 years and married an actress 33 years his junior. But the filmmaker has denied that it's a biopic.

According to a variety.com report, the Bangladesh Film Development Corporation's (BFDC) Joint Venture Preview Committee approved the script of the movie on March 8, 2016, after which the film went into production. The completed film was previewed for the BFDC on February 12, 2017, and received a No Objection Certificate on February 15.
Celebrity , Entertainment

Pandit Girish Chandra To Perform In Ghazal Concert In Mumbai

Eminent ghazal singer #Pandit_Girish_Chandra is going to blow the minds of ghazal lovers in Mumbai as he is all set to perform soulful #ghazal concert in the city on 2 March, 2017.

Pandit  Girish Chandra has been settled in USA from past 45 years. He has performed in various countries like Spain, Italy, France, U.K, Canada, Gemany and U.A.E.

Girish Chandra talked about his upcoming ghazal concert in Mumbai. He said, “I have been associated with music since my childhood. Later, I performed for the longest time in U.S.A in front of musically inclined audience. My forte in music in music is mainly bhakti sangeet, thumri and ghazals”

He mentioned that, he also provides training of voice culture techniques to student and managed live workshops in various universities.
Celebrity

Various facets of the beautiful city of Paris captured though its breathtaking vistas, iconic architecture, sublime cemeteries, its sunsets and full-of-life graffiti, have been brought alive through a brand new debut exhibition by photographer Rupin Thomas. 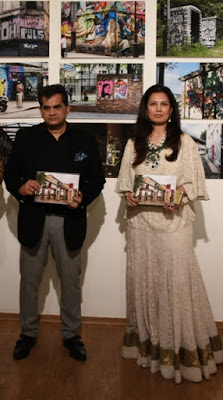 Comprising 50 images that take a look at life in and around the ‘City of Love', the week-long show, titled  'La vie à Paris: A Study in Volition,' was inaugurated last evening at the Lalit Kala Akademi here by Niti Ayog CEO Amitabh Kant along with ace fashion designer Ritu Beri. They also launched a catalogue designed and conceptualised by Rupin at the opening of the show, which continues till February 25.

"It is a pleasure to see Rupin's work; he has captured the feel of one of the most fascinating cities of the world. Paris is a favourite city for travellers; its history, its people and its culture are fascinating. He gives a beautiful visualisation to the multicultural ethos of the city inhabited by people from Africa, the Arab world and other countries. The artist has also captured both the quiet solitude and people chilling out in parks in the city,” he said after the inauguration.

An economist by training who has spent over 10 years in the US and around four years travelling across Europe, Rupin spent more than three summers documenting the evolving city of Paris, focusing especially on the brilliant juxtaposition of the old and the new.
Celebrity , Entertainment