Amitabh Bachchan is father of our industry says Akshay Kumar

Mega Star #AmitabhBachchan conferred with ‘Indian Film Personality of the Year’ at closing ceremony of IFFI Goa 2017 on Tuesday in Goa. Before conferring the award to him #AkshayKumar gave emotional yet comical speech about effect of Amitabh Bachchan on his life. 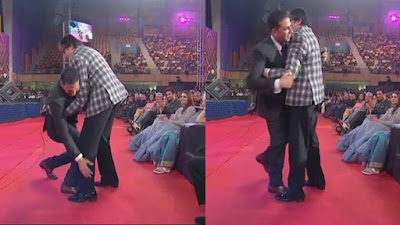 Addressing the crowd and Amitabh Bachchan who were present at the closing ceremony of IFFI 2017, Akshay said, “Today, I want to share that how his personality affect common man like me. I remember when I was 12-13 years old in 1980s, I visited Kashmir with my parents for vacation and in Kashmir, sir was shooting for his film. I was watching his shoot so my father told me to take his autograph so I went up to him and he was eating grapes at that time so I requested him to give me an autograph but while he was giving me autograph , my eyes were on the grapes that he was eating. I wanted to have those grapes in between that one of grapes fell down so while he was writing, I bent down and took that grapes and he noticed that but pretended that he didn’t saw it and with his autograph he gave bunch of grapes.”
akshay kumar , amitabh bachchan , Celebrity , Entertainment

After recovering from infection not so long ago, Veteran actor #Dilip_Kumar was diagnosed with mild pneumonia b his health parameters are now normal. Dilip Kumar, who is 94 years old was diagnosed with mild pneumonia and was rushed to the hospital. Thankfully nothing serious, he is well now and have been asked to take rest at home, confirms a family friend Faisal Farooqui.

Faisal Farooqui, a family friend of Dilip Kumar took to the actor's official Twitter account and wrote: "Saab was diagnosed with mild pneumonia. He's been advised to rest at home. Allah is kind that all other parameters are showing normal - Saab is doing better now. Pls, remember him in your prayers and duas."

Earlier this year, in August, the legendary actor was admitted to the Lilavati Hospital here due to dehydration and urinary tract infection but later his health condition improved and he was taken back to his residence.
Celebrity , dilip kumar

The Royal Begum of Bollywood #KareenaKapoorKhan is looking like a queen on the December issue of Harper's Bazaar Bride. 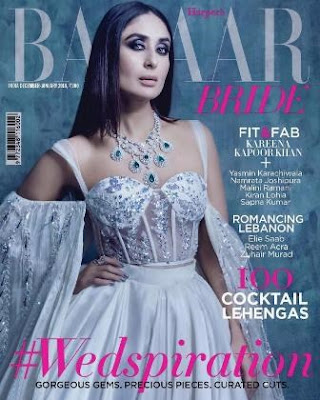 Kareena looks royal and magnificent in a white embellished sheer corset top with ice blue surface ornamentation on it. She paired her heavily done top with a simple yet elegant white high-waisted flounced skirt.

Ajay is perfect he never makes any mistakes: Kajol

#Kajol was present at a press conference held by Lifebuoy for their Help a Child Reach 5 campaign on Wednesday. During media interaction she talked about her experience raising kids and playfully said, Ajay is perfect he never makes any mistakes. 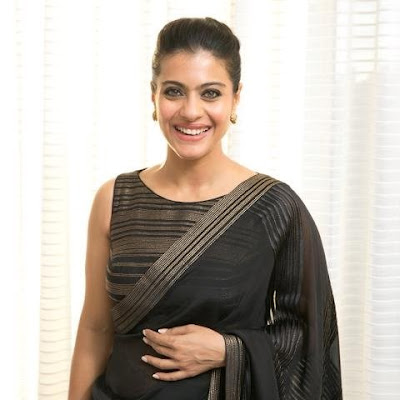 When asked how does she and Ajay Devgn react to being caught doing something wrong by their kids she said, "If I am wrong and they catch it then I apologize and rectify it. Ajay Devgan is perfect he never makes any mistakes (laughs). He has an OCD (Obsessive Compulsive Disorder) when it comes to cleanliness. He keeps washing his hands over and over again. He is very conscious about it and keeps telling us to keep things clean too."

Kajol who is the ambassador of Help a Child Reach 5 announced young Handwashing Heroes at the event, when asked if she was a girl scout when younger she said, "I was not a girl scout at all. I actually don't know if I was a good child but in my childhood like now kids go for trips and visits I too used to travel a lot with friends, we had a girls gang  but we were not girl scouts."

The actress also spoke about the tactics she used as a mother to teach her kids the necessary cleanliness manners, she said the best thing to do it reason with them, "A little by scolding them a little by showering them with love, by explaining or talking to them. but the most important thing is to explain things to them. the first thing every child will ask is why? I think we should give them as much knowledge as possible by explaining things to them. if we tell them what to do and not to do they might not use it in life but if we explain it to them, again and again, they will keep it in their mind forever."
Celebrity

#ManushiChillar, who won the #Miss_World_2017 title recently returned to the city a few days ago. The beautiful lady was snapped at a press conference today in the city. During her media interaction she expressed her views on Padmavati controversy, she said, we should make women confident. 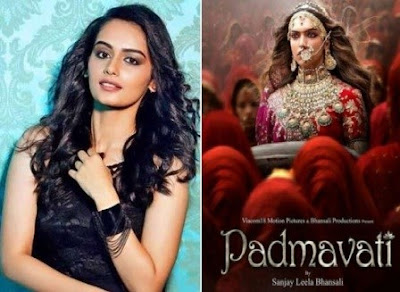 “I think there is one thing that all Indian women have in common is that we don’t feel persecuted for who we are and we actually face our challenges head on. And I think that is what we need to do; we need to be confident about who we are. Definitely we will face a lot of limitations and sometimes we do feel that it is not a very women friendly society but as individuals we should just set an example and make women feel confident that you can do amazing things as well” said Manushi Chillar, when asked about Deepika Padukone facing death threats for Padmavati.

As part of the Miss World competition, contestants were supposed to perform dances from their respective countries. A part of the first few rounds, the contestants are seen introducing themselves and then performing a dance that represents their country.
Celebrity , Fashion & Lifestyle , manushi chhillar

#Tera_Intezar filmmakers held a meet and greet with the film’s lead actor #Sunny_Leone and the producers Mr. Bijal Mehta and Mrs. Aman Mehta. During interaction with media co-producer Bijal talked about Bagesgree Films future and said, we intends to make meaningful cinema. 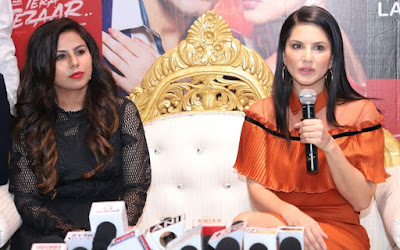 Bageshree Films is debuting in Bollywood with Arbaz Khan and Sunny Leone, when asked what else does the production house have in store for the audience, Producer Mr. Bijal Mehta said, “We forayed in Bollywood with the right thought process. Ok, it's not hungry your passion but also a business for us. We did not step in, to go back and we intend to make meaningful cinema we are looking for other scripts already and will announce on next soon in a month’s time.”

A notice was issued to the producers of the film by Mattel Inc, the manufacturer of the trademark Barbie dolls. The makers have been accused of using the word ‘Barbie’ in the song without the company’s permission.
Celebrity , Entertainment , sunny leone