Jackky Bhagnani And Kritika Kamra in Mitron, Trailer Out

Acche Din for #JackkyBhagnani are here, as the actor unveils the first official trailer of his upcoming movie #Mitron, also starring #KritikaKamra, #PratikGandhi, #NeerajSood and #ShivamParekh. 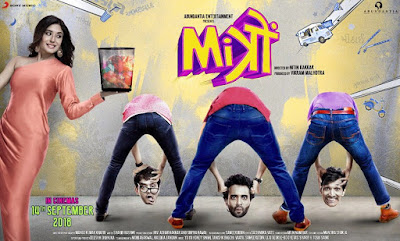 The film is directed by Nitin Kakkar and produced by Vikram Malhotra. The film revolves around Jai (Jackky Bhagnani), born and brought up with middle-class values, has a ‘take it easy’ approach to life. Since he doesn't believe in a herd mentality, he and his two best friends, Raunak (Pratik Gandhi) and Deepu (Shivam Parekh) start looking for unique ways to make it big in the world.
During this trial and error phase, Jai realises his dream. But his decision of choosing an unprofitable career path doesn’t go down too well with his father (Neeraj Sood), who has bigger aspirations for him. Therefore, in order to bring stability to his life, his father decides to get him married.

Destiny, however, has something else in store for Jai, when he accidentally meets Avni (Kritika Kamra), an ambitious, MBA graduate, who wants to start her own business.

Set in the backdrop of the Gujarati milieu, the film traces Jai and Avni’s personal journey, as they both find themselves and discover the true meaning of friendship in the bargain.