#SaifAliKhan graced the trailer launch of #Baazaar, a movie based on stock market scam and corruption. During his media interaction, the actor expressed that it has been the most special roles of his career. 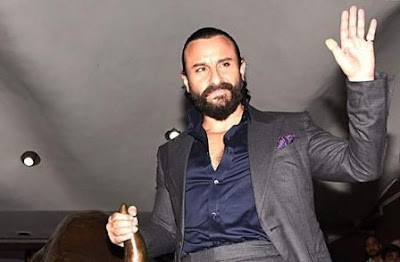 In the movie, Saif Ali Khan plays the role of Shakun Kothari as a ruthless businessman whose world revolves around money and the power. Talking about his role, Saif said it has been the most special role he has ever played in his career.

“First of all, I would like to thank Nikkhil Advani for offering me such an amazing role. It is one of the most special part that I have played in my career. I play a Gujarati Businessman, who is very successful, ruthless and slightly dangerous. So that was a lot of fun”
“This film and role are about the stock market, and I don’t understand much about numbers and figures, which makes the most part of the stock business. But Nikkhil told me it is not about that, he said it doesn’t matter if you understand it or not, here money and the world are just metaphoric”

“Talking about my part, it was a tough genre. I wanted to have a Gujarati accent, without looking caricaturist; I wanted to make it real, make it cool, I really had to put in work to look the part”  added Saif Ali Khan.