Here it is, the superbly talented and handsome #SaifAliKhan looking dapper in the first trailer of forthcoming #Baazaar! 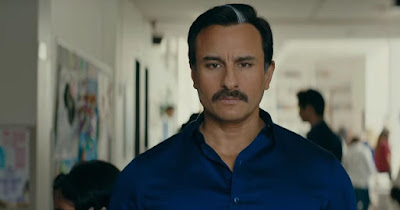 Set against the backdrop of the heady cocktail of city life in Mumbai and the dangerous world of stock trading, the film stars Saif Ali Khan in a role that has been inspired from the folklore surrounding the markets.

The trailer features Saif as the filthy rich businessman Shakun Kothari who only cares about money. While Chitrangda Singh presumably plays Saif’s romantic interest in the film, Radhika works as an employee of Saif’s character.

The film also introduces Rohan Mehra, son of the late actor Vinod Mehra. The film is scheduled to release on 26 October 2018.