Check Out Shahid Kapoor And Kiara Advani in Urvashi Teaser

#ShahidKapoor and #KiaraAdvani are all set to share the screen space in forthcoming remake #ArjunReddy, but before that the duo will be seen in the recreated version of #Urvashi. 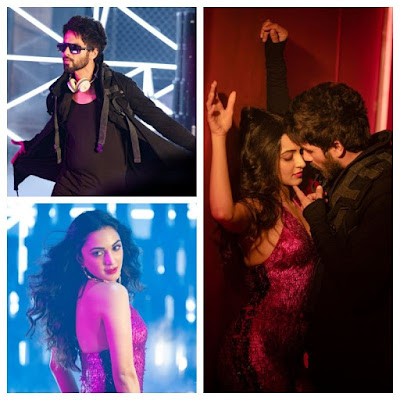 Actor Shahid Kapoor dropped the teaser and first look of the single on his social media profile. He captioned it, “My first collab with @asliyoyo for the legendary #Urvashi. Releasing tomorrow! Can't #TakeItEasy @Advani_Kiara @directorgifty @TSeries @itsBhushanKumar @Hungama_comVideo”

Shahid Kapoor is looking dapper and handsome as always. Sporting a well-trimmed beard and riding a red sports bike, the actor is definitely going to woo her female fans. Kiara is looking hot and gorgeous, as always.

The duo will be seen together in a reprised version of the '90s hit song 'Urvashi', originally from Prabhu Deva's Tamil romantic comedy Kadhalan.
The song is crooned by Yo Yo Honey Singh, who has also reworked the lyrics. The video has been choreographed by Sanjay Shetty and directed by Gifty.

The duo will also be seen in the remake of Vijay Devarakonda and Shalini Pandey-starrer Arjun Reddy, the plot revolves around a young, successful surgeon with anger management issues, who turn to alcohol and drugs after his girlfriend marries someone else. The film will be directed by Sandeep Reddy Vanga, who also helmed the original critically acclaimed Telugu blockbuster.