After unveiling the first look and teaser Of Web-Series #Mirzapur, the maker is out with the second teaser introducing yet another troublemaking character Guddu. 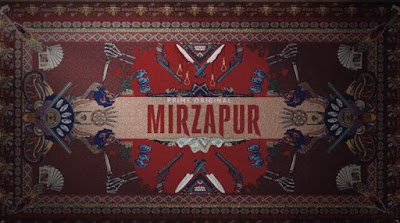 Mirzapur is a gangster-drama set against the backdrop of northern India and has extensively been shot in Varanasi, Mirzapur and Mumbai. The show also marks the directorial debut of Gurmeet Singh.

Prime Video India series stars Ali Fazal, Shweta Tripathi and Pankaj Tripathi. The Web-Series is produced by Ritesh Sidhwani and Farhan Akhtar. It is been created by Karan Anshuman and Puneet Krishna.

The first teaser was comprised of abstract images of antique handguns, hand grenades, skeletons, knives and carpets. Though it is hard to decipher the show's plot based on the first teaser but it does leave the audience asking for more.
The second teaser is more violent; Guddu is a killer and wants to make a name for himself in Mirzapur.

The series chronicles the tale of a gangster who is into the business of weapons and ammunition. Apart from Tripathi, the web series also stars Vikrant Massey. The makers haven’t revealed any details about the other characters of the series yet.
Celebrity , Entertainment