Filmmaker #AbhinayDeo who is gearing up for his upcoming film #Blackmail has said that black comedy or quirky comedy is part of our life. 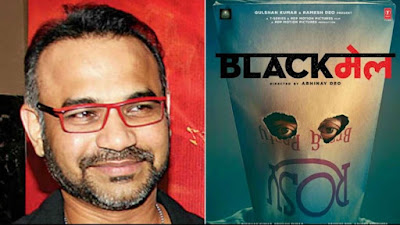 Abhinay Deo has knack of handling black comedy like ‘Delly Belly’ and now he has come up with ‘Blackmail’ so when asked Abhinay whether it is difficult to explore black comedy genre as there are very few directors who makes film in that zone, he said, “I don’t know how many people experiment in this genre but I feel black comedy or quirky comedy is part of our life. It just that we don’t see it in films but if see in our lives or in our surroundings, then you will find that, there is existence of dark comedy everywhere so, now the time has come to present it in an entertaining manner. Dark comedy is mostly is do with unexpected things in life and actually, reality is stranger than fiction and that is so true and if you read newspaper every day, you will observe unexpected happenings be it in politics or in common man’s life so, through this film we are trying to show that in an entertaining manner”

Blackmail director Abhinay Deo opened up about Irrfan Khan’s health and stated we should respect his privacy.
Entertainment

#RichaChadha gearing up for release of #DaasDev has said that her character Paaro from ‘Daas Dev’ is different from original novel ‘Devdas’. 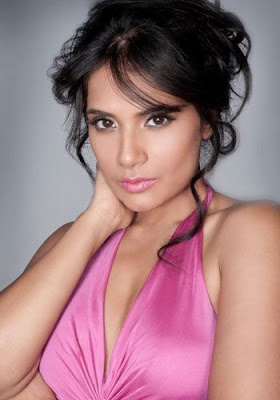 Richa was speaking with media as she celebrated International Happiness Day along with underprivileged kids organized by CRY (Children Rights and You) on Friday in Mumbai.

Talking about her forthcoming movie ‘Daas Dev’, Richa said, ‘Daas Dev’ is releasing on 20th April. It’s a modern day adaptation of ‘Devdas’ which have background of politics.  I think Sudhir Mishra has good sense of Politics and he has made really good, different and progressive love story. In Daasdev, my character Paaro is really good and different as compared to original novel of ‘Devdas’.

Talking about celebrating international Happiness Day with kids, Richa said,  “I am really glad to be here because since childhood I am aware of CRY’s (Children Rights and You) work. It was good opportunity on World Happiness Day so we all have gathered here. I think children are foundation of society. If it’s a criminal or a world leader, their journey starts from their childhood that’s why it’s important to support initiatives like these.”
Celebrity , Entertainment

Actor #IrrfanKhan has released a statement revealing that he has been diagnosed with a Neuroendocrine tumor. 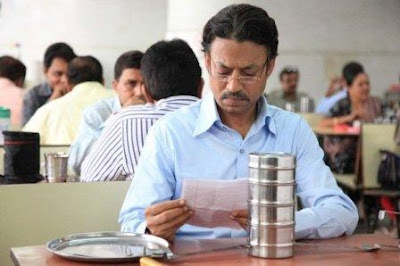 Actor Irrfan Khan issues a statement on the social media. He wrote, “The unexpected makes us grow, which is what the past few days have been about. Learning that I have been diagnosed with Neuroendocrine Tumour as of now has admittedly been difficult, but the love and strength of those around me and that I found within me has brought me to a place of hope. The journey of this is taking me out of the country, and I request everyone to continue sending their wishes."

He also clarified that in the post that contrary to the rumors that were floating around, 'NEURO' is not always about the brain and that googling is not always the easiest way to research.
Celebrity , irrfan khan

Abhinay Deo – We Should Respect the Privacy of Irrfan Khan 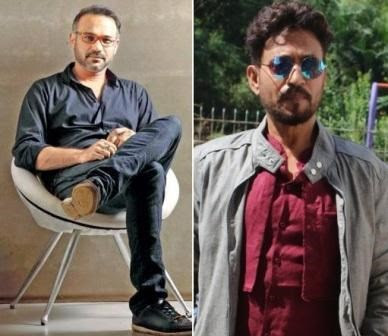 Irrfan Khan made his fans restless as he shared a post talking about a rare disease as he skipped the promotions of his upcoming film ‘Blackmail’ whereas filmmaker Vishal Bhardwaj postponed the shoot of his next with him and Deepika Padukone.

Blackmail director Abhinay Deo opened up about Irrfan Khan’s health and stated we should respect his privacy.

Talking about Irrfan, filmmaker Abhinay said, “I met him, he is fine and in good spirits, that is, of course, we know that he is not well. So I think he is right now away for his treatment and we should respect the family and their privacy on this particular matter. I don’t have anything more to share with you, till now we know as much as you know.”

Actress #NushratBharucha credits love and support of fans for the massive success of #SonuKeTituKiSweety on the sidelines of film premiere here in Mumbai. 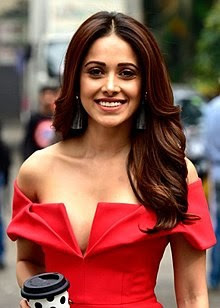 Talking about the success of Sonu Ke Titu Ki Sweety, Actress Nushrat Bharucha said, “We’re very blessed and thankful to all the audiences. Due to their support and love the movie had turned out to be successful. And of course, we are tried to deliver a good with through our hard work. So in coming future, I would like to do the same, deliver a good product.”

Talking about Ajay Devgn, actress Nushrat said, “Ajay Devgn is my favorite actor. The found the story of Raid very interesting from the trailer itself. So there is Bhushan Kumar and Abhishek Pathak and I have been doing so many films with them, so I am here to support them.”

Raid - the film is inspired by the real-life 'IT' raids that were conducted by Indian Revenue Services back in the '80s.
Celebrity , Entertainment

#JacquelineFernandez unveils the first look poster and teaser of recreated “Ek Do Teen” from upcoming action thriller #Baaghi2 and the song will be out soon! 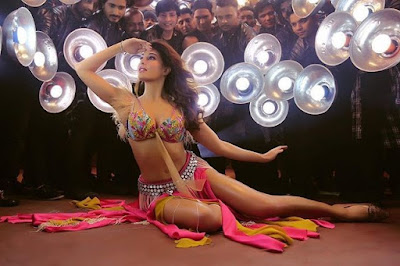 Actress and Model #GauharKhan launched her own clothing line named #Gauherjeous along with her parents, sister Nigaar Z. Khan , Gautam Rode and Pankhuri Awasthy on Thursday  in Mumbai. 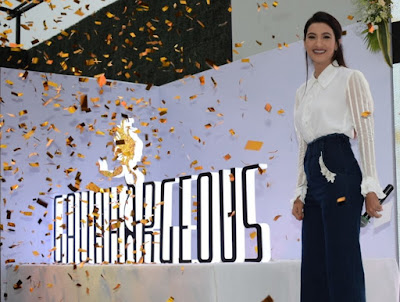 When asked Gauhar what prompted her to come up with her own clothing line, Gauhar said, “I thought of launching my own fashion line because people expect that I should have my own fashion line as my followers appreciate my fashion sense then I said why not, because I feel no dream is too big to achieve so if you work towards it then it is pretty much possible and that’s how it turned out.”

“It was an emotional moment for me because I am youngest daughter of my family and for me, to turn into a businesswoman with on backing and no support. I think we need to have some courage then I feel everything is possible”

Gauhar launched her clothing line on her mother’s birthday, sharing that feeling, Gauhar said, "What better day it could be than my mom's birthday as she has been my ultimate fashionista since my childhood. As a kid, I used to always admire the way our mom dressed us up."
Celebrity , Fashion & Lifestyle 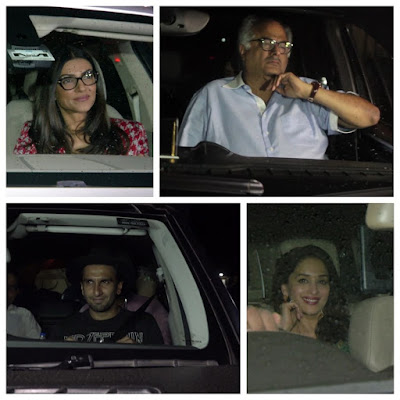 In an earlier interview, Rani Mukerji said: “My Hichki was that I used to stammer in my childhood days. So I overcame my hiccups and became an actor.”

“So I think we all have hiccups in life -- but the beauty of life is there is no life without hiccup -- and one has to get over it.”

Speaking about the film, Mukerji said: “The film is a dedication to all the teachers who have so much knowledge all their life and (teaching is) the most noble profession.”

‘Hichki’ is a drama film, directed by Sidharth P Malhotra and produced by Maneesh Sharma and Aditya Chopra under the banner of Yash Raj Films. The film is an adaptation of Hollywood film Front of the Class (2008), which itself was based on the book, ‘Front of the Class: How Tourette Syndrome Made Me the Teacher I Never Had by Brad Cohen’, of which Yash Raj Films acquired the rights.
Entertainment

The Befikre actress, #VaaniKapoor is marching into summers with a super hot cover page of #Maxim magazine. 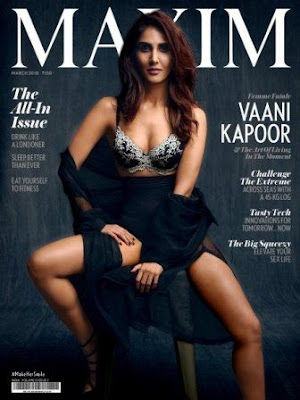 Vaani Kapoor dropped the cover on her social media page. She captioned it, “Marching into summer with @MaximIndia.”

On the cover, Vaani Kapoor is seen wearing a black and white lacy bra that has lace trims on the hem of the bra. She paired the lacy bra with a high waist bikini bottom. She further added drama to the look with a black organza fabric wrapped around her.

The official Twitter page of Maxim also dropped the cover on social media. They captioned it, “@Vaaniofficial is teaching us the art of living in the moment. Catch all the action in the March issue on stands now. #VaaniForMaxim #FemmeFatale #VaaniKapoor #HotRightNow.”

In 2016, Vaani Kapoor appeared in Aditya Chopra's romantic drama Befikre opposite Ranveer Singh. The film, set in Paris, though the movie failed at the box-office but actress garnered massive fans following for her hot avatar.

She signed an untitled movie of filmmaker Siddharth Anand’s yet untitled project, which will bring actors Hrithik Roshan and Tiger Shroff together onscreen for the first time, will go on the floors in August, and will release on October 2, 2019.
Celebrity , Fashion & Lifestyle

#Aamir_Khan along with his wife #Kiran_Rao hosted his annual media interaction on the birthday here in Mumbai. During his media interaction, Aamir spoke about Indian market having the same potential as Chinese market in the entertainment industry but need infrastructure. 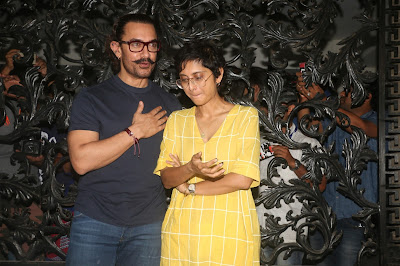 Aamir Khan starrer Dangal and Secret Superstar made more money in China than India. Talking about the market potential, the actor believes that India has the same potential as China just need little infrastructure.

He said, “I think India has a big a potential as China. I just feel that China has invested in entertainment industry and administration is also supportive. They have built up a lot of screens that is why the business has gone up. I think if we built many more theaters here in India, it is such a large country with a huge population if we build more theaters we will get the same kind of growth in the entertainment and film industry. So it is just the matter of building the infrastructure in India.”
aamir khan , Celebrity , Entertainment