After a heartwarming theme music, #VarunDhawan unveils the first song from his forthcoming romantic drama film October, the song is titled #TheherJaa. 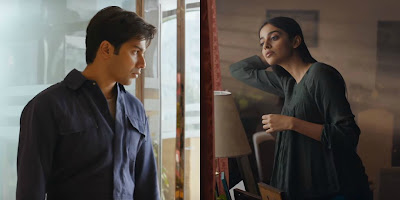 The actor Varun Dhawan dropped the song on his social media account. He captioned it, “#TheherJaa the first song of #october is here. When you just need some more time with the person you [email protected] @AbBeatcrush @AbhiruchiChand @ZeeMusicCompany.”

The song has a perfect soothing vibe. Their on-screen chemistry is distant yet so relatable in the song. The song shows Varun Dhawan and Banita Sandhu’s love for each other. The soothing romantic track is crooned by Armaan Malik, composed by Abhishek Arora and written by Abhiruchi Chand.

The movie will see Varun Dhawan is a whole new avatar, which is lost and absolutely non-filmy. The actor is once again trying his hands with different genre post his dark and thrilling avatar in Badlapur.

Banita Sandhu, the debutante of October, hails from London and she is just 18 years old. She has been acting since the age of 11 and has done commercials with Shoojit previously.
Celebrity , Entertainment , varun dhawan 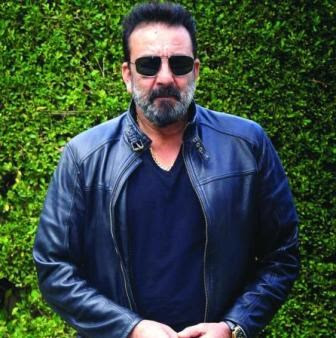 Author Yasser Usman wrote a biography on Sanjay Dutt, which unfortunately the actor hasn’t authorized. The actor slammed the author and publication house on social media with threatened legal action.

Now the Publication House has issued an apology to actor Sanjay Dutt on social media.

The publication apologized to the actor from their official Facebook page. The publication wrote, "We are sorry to hear that Mr Sanjay Dutt was upset by our book on him. The author, Yasser Usman, an award-winning journalist and reputed writer on Bollywood actors, is a fan and very sympathetic to Mr Dutt. Yasser has chosen his sources and materials with care. He has relied extensively on direct quotes from Mr Dutt, his close associates such as Mr Mahesh Bhatt, and members of the Dutt family. Additionally, Yasser has referred to stories already in the public record for many years that were uncontested and widely reported. These stories that have appeared in leading film periodicals have relied on accounts of credible and authoritative sources, people who have either worked closely with or been associated in various capacities with Mr Dutt. The book has been painstakingly footnoted, and the sources the book has relied upon have clearly been mentioned.
Celebrity

Actor #SanjayDutt is fuming on social media and slams author Yasser Usman for his unauthorized biography on him and threatens with legal action. 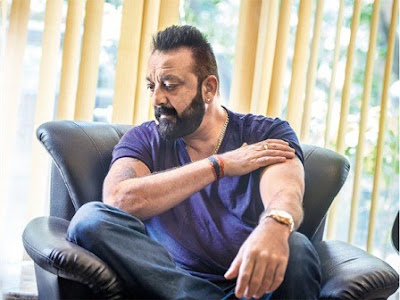 Sanjay Dutt has slammed author Yasser Usman for writing a biography on him without his permission. The actor posted a tweet on his Twitter page clarifying the same.

The Munnabhai MBBS actor even revealed that his official autobiography will be out soon that will be based on the right facts. With his tweet, he even shared a note in which he slammed Yasser Usman.

Sanjay Dutt tweeted, "I hope better sense will prevail and there will be no further excerpts that will hurt me or my family. My official autobiography will be out soon which will be authentic and based on facts."

His note read, "I have not authorised either Juggernaut Publications or Yaseer Usman to write/publish my biography. Our lawyers had sent them a legal notice, in response to which Juggernaut Publications said that contents of the proposed book are based on information available in public domain from authentic sources. However, from the excerpts that are appearing in the newspaper are partly based on my old interviews but rest all seemed to be based on hearsay, 1990's tabloids and gossip magazines, most of which are figments of imagination and not true. I have consulted with my legal team on the next course of action."
Celebrity , Fashion & Lifestyle

#RichaChadha says winning awards hasn't changed anything in her life on the sidelines of NEWS18 Reel Awards where she was seen as a member of a Panel discussion on Tuesday in Mumbai. 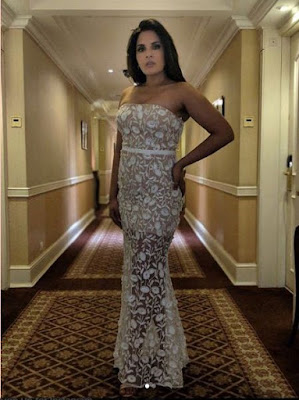 While talking about Awards and it brought any changes in her life Richa said, "I have won all kinds of awards at least once and I don't think it has changed anything in my life."

Irrfan Khan recently announced that he was diagnosed with NeuroEndocrine Tumor- a rare disease. When asked to share her words for him Richa said, " I know he isn't well and I know he will be fine. That's all I have to say."

Richa is currently busy with promotions of her upcoming film, 'Daas Dev'.

Talking about the film 'Daas Dev' director Sudhir Mishra who was also present at the occasion said, " We have moved the date to 28th April we are ready with the film but there was 'Raid' releasing, then 'Baaghi 2' and 'Shrigaar' is also releasing around the time so we decided to move ahead and its ok and our distributors know the best."

So far we have met Sikander and Jessica from upcoming Race 3, which are played by #SalmanKhan and #JacquelineFernandez and now it is time to meet the main man, Yash, played by #BobbyDeol. 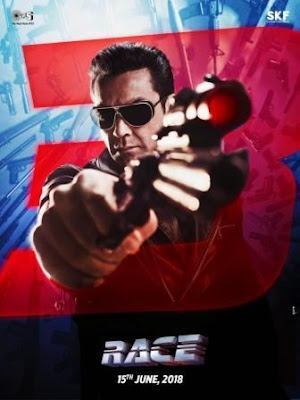 People are having an amazing week as the makers of Race 3 are unveiling details of the characters of their film. The characters are being introduced by none other than the lead star of the film, Salman Khan.

In the first look, Bobby is seen pointing the gun at the camera in a stylish way. Bobby quote tweeted Salman's tweet and said, "When Sikander calls you the main man!  Yeh race toh ab aur interesting ho gayi.. #Race3ThisEid."

Varun Dhawan Talks About his Hichki with Rani Mukerji

Yash Raj Studios have come up with an amazing promotional plan for #RaniMukerji’s comeback social drama #Hichki, which means hiccup or trouble one overcame in life and now we have #VarunDhawan talking about his hiccup in life.

The makers of Hichki dropped a video on social media, where Rani Mukerji and Varun Dhawan are talking about Judwaa 2 stars hiccup in life.

Talking about his Hichki in life, Varun Dhawan admitted that he had stage fright issues and tried to overcome it by watching his idols, Dwayne The Rock Johnson and Elvis Presley videos.

He said, “This actually happened in the beginning of my career, so I became an actor and I faced the camera, all that was fine. The minute you become an actor, you go to award shows and you perform there, first time I got on to stage, I don’t know what happened, I froze!”
“I started talking too fast. When you are on stage and Sridevi, Madhuri Dixit, Rekha, Shahrukh Khan, Salman Khan and many more are right in front of you, I started blabbering, I don’t know what happened? I froze and got scared. I think celebrities freaked me out.”

Talking about overcoming his fright, Varun said, “So to overcome it, my idol Rock Johnson, he is amazing on stage, and Elvis Presley, he too is amazing on stage. So I started watching a lot of their videos. So next time I went on stage, I imagined myself as Elvis and I told myself, I am here and I am going to own this.”
Celebrity , Entertainment , varun dhawan

#AbhishekBachchan on Wednesday shared his first look of the upcoming film, #Manmarziyaan and shared the film's release date. 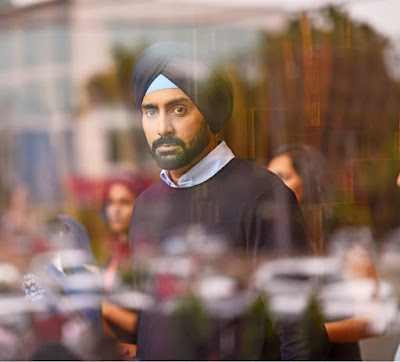 The actor announced the film's release date as 7th September this year.

The film has been long in the making with directors and cast in constant change and speculation. Manmarziyan was supposed to reunite the hit pair of Ayushmann and Bhumi after the success of Dum Laga Ke Haisha has finally cast 3 lead actors, Tapsse, Abhishek and Vicky Kausha in pivotal roles.

Directed by Anurag Kashyap and music will be given by Amit Trivedi. The film also stars, Vicky Kaushal and Taapsee Pannu. This will be the first time that Abhishek will be collaborating with Taapsee and Vicky for a project.
abhishek bachchan , Entertainment

Actor #RajkummarRao who is busy shooting multiple movies at one time has said that shooting of his upcoming movie #Stree is on the verge of finishing. 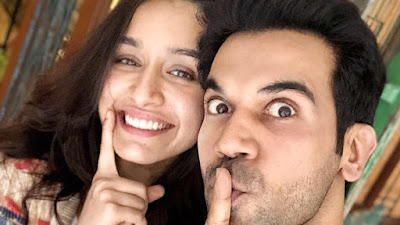 Rajkummar Rao interacted with media at NEWS18 Reel Awards where he won award for Breakthrough Actor on Tuesday in Mumbai.

Rajkummar Rao is working for the first time with Shraddha Kapoor in horror comedy ‘Stree’, giving an update of ‘Stree’, Rao said, “We are just finishing final schedule now. It is shaping up pretty well and I am very excited for the release now”

When asked Rao his experience working with Shraddha Kapoor in ‘Stree’, he said, “It’s going very good. She is very hardworking and dedicated actor”

Talking about response from audience for his upcoming film ‘Omerta’, Rao said, “Omerta is releasing on 20th April. I think the trailer of it got great response and I feel it’s one of its kind and very unique film. It was very tough film for us to make but I am glad the kind of reactions we are getting for the film”
Celebrity , Entertainment 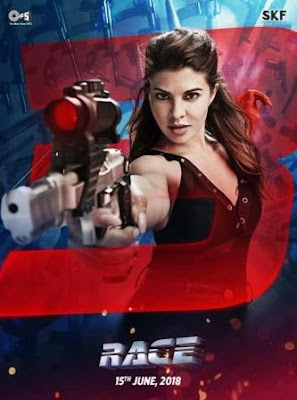 The gun-slinging sexy siren Jessica is all about Raw power in Race 3, as Salman Khan just confirmed! In the poster, Jacqueline is all ready for some high octane action as she holds a gun in her hand. Dressed in the black attire, Jacqueline looks stylish and sexy! A new bond girl is in the town!

Jacqueline also tweeted about the poster. She wrote, “...and power can be dangerous!! #Race3ThisEid @SKFilmsOfficial @tipsofficial.”

#KatrinaKaif was appointed as an ambassador for Educate Girls initiative here in Mumbai. During her media interaction “Tiger Zinda Hai” actress Katrina claimed that message-oriented movies are a great way to spread awareness about a social topic, such as “Secret Superstar”. 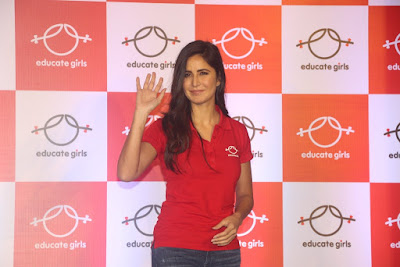 Talking about having a movie specifically based on “Educating Girl Child” in Bollywood, Actress Katrina Kaif said, “I don’t believe you need to have a movie to take this cause further or spread the awareness about this cause. There are many ways we can do it, although a movie on it, sometimes a message which comes across through movie, which is non-judgmentally, non-forcefully or organically via an entertaining form, as a movie, is an amazing way to get the message across. Someone making a movie would be outstanding”

“Although sometimes I believe underlining exactly what you are trying to say, such as Secret Superstar, that movie had that message. That was definitely the message that got across, a young talented girl who is being stopped from fulfilling her dreams because the society and world around her are not allowing her to do that, so for me, there are movies being made like that, you doesn’t necessarily need a movie just about the classroom. But this messaging coming into our movies is a great way to take the message further in our society. We all love movies and that is a great way to get people’s attention on the topic”
Celebrity , Fashion & Lifestyle , katrina kaif