After Shraddha Kapoor, The Dilbar Girl #NoraFatehi has officially been roped into the dance flick directed by Remo D'souza. 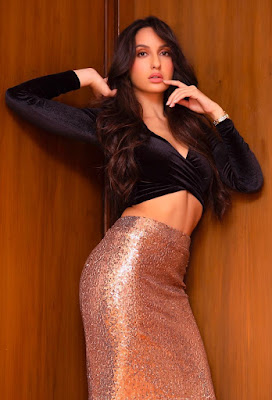 Nora went on to deliver many hit songs in 2018 like 'Satyameva Jayate's 'Dilbar' and ‘Kamariya’ from the blockbuster film ‘Stree’. The dancer has now landed her first film in 2019.

Talking about the project Nora in a statement said, “I am extremely excited to be a part of this project. Remo sir is extremely talented and I am looking forward to learn a lot from him. I am equally thrilled to work with Varun and Shraddha, the trio have done an amazing job in their last venture and I can’t wait to join the squad. I’m so grateful for Bhushan Kumar sir and T-Series for making this happen and trusting me. This is going to be an epic experience.”

The film earlier was supposed to star Katrina Kaif earlier. But the actress had to opt out due to her commitments with Salman Khan starrer period film, 'Bharat'.

Varun will be seen playing a boy from Punjab, who grows up in London and a major chunk of the film will be shot in the UK. The film also marks the acting debut of Shakti Mohan and Vartika Jha. The hunt is on for a foreign dancer.

Hinting towards Nora's character in the film, Bhushan Kumar, T-Series said, "She is a strong dancer and suits the role we have locked her for. Nora is already an international dancer and that adds to the character’s requirement. She will join the cast in London schedule and the audiences will see her in a different avtaar.”
The Remo directorial will have several dance faceoffs on the lines of the Hollywood franchise Step Up.