#NiharicaRaizada who is gearing up for #TotalDhamaal says co-star Crystal is going to create waves in Bollywood. 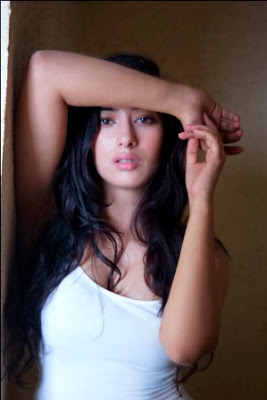 Raizada interacted with media for the release of 'Total Dhamaal's first look poster.

The first look of Total Dhamaal is out on the day of Makar Sankranti. The poster features one of the lead actors Ajay Devgn and partner in crime Crystal.

When asked about the film's first poster coming out, Niharica said, " I just love the poster, Ajay looks fab in it and his partner in crime Crystal is going to create waves in Bollywood".

Total Dhamaal will be Crystal's Bollywood debut. The primate little monkey has been the Hollywood star for a long time, she was seen in films like Hangover 2, George of the Jungle, Night at the Museum and more.

Nihharica added she hopes the film will fly as high as her kite will on Makar Sankranti.

"Makar Sankranti marks the end of winter and it is a day in the Hindu calendar dedicated to the worship of the god Surya. I think it is very auspicious for the poster to release today. May our film fly as high as my kite will fly today for this festival."