Fraud Saiyaan, Among My Most Cherished Films Says Saurabh Shukla

Veteran actor #SaurabhShukla praise his forthcoming comic caper #FraudSaiyaan, says he had a wonderful time shooting the film and it will be among his most cherished films. 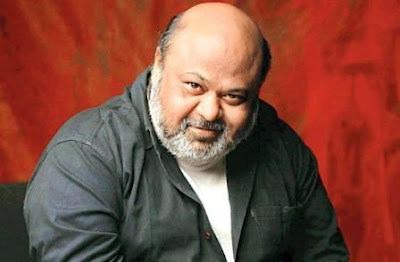 Talking about the film during a press junket, Saurabh Shukla said, “I had a wonderful experience working on this film. As a matter of fact, some of the most memorable films of my life, which I personally will remember and cherish, Fraud Saiyaan will definitely be in the top few names. I had a wonderful time shooting, the production was amazing, and people that I worked with were amazing.”

Saurabh Shukla is noted for his power-packed and character oriented films, with time he has adapted comic avatars as well. Talking about the change in content and cinema, the actor quipped, things changes with time, and it is nothing new.

He said, “I don’t know about the change, as much as the world changes, the things change that much, everything changes with everything. There was a time when you waited for your phone call at neighbor’s house, and today you carry your phone in your own hands. Change keeps on happening.”

Talking about his film, Saurabh said, “There are frauds in life, which might have broken your heart and given you hardship, but this Fraud will make you happy.”
The supporting cast includes Deepali Pansare, Flora Saini and Nivedita Tiwari. The music of the film is composed by Sohail Sen.

The film is scheduled for a theatrical release on 18 January 2019.
Celebrity , Entertainment , fraud saiyaan , saurabh shukla