Actress #SonamKapoor says that she is hoping that people understand her forthcoming romantic drama #EkLadkiKoDekhaTohAisaLaga on the sidelines of Kunal Rawal’s flagship store launch. 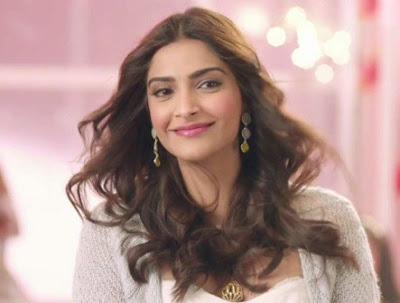 She said, “I am really excited. I am eagerly waiting for my film to be received well by the audience. And I hope people understand and love the film and embrace it.”

Sonam Kapoor has been an avid supporter of “Me Too” movement, but when asked about Raju Hirani being named recently in sexual harassment case, the actress reacted to the questioning. She said, “Ek Ladki Ko Dekha Toh Aisa Laga is such an important film and this questions is as important as this film. But right now, because this film is so important that I want to concentrate on that but thank you for asking me this question at such an event”

Talking about clothes and fashion, Sonam Kapoor said, “Kunal is one of my best friends, one of my oldest friend, I like his clothes, they are really cool. In this era of over-embellishment when you’re subtle, it screams louder than when you’re overdressed or over-done. So I love the class and his clothes”

Sonam Kapoor is noted for fashion sense and she also added that she does wear menswear on occasion.
She said, “I think menswear and womenswear mixed look amazing and I cannot wait for Kunal to start a womenswear line. I like menswear; I have worn Kunal’s menswear two-three times for promotions, shoots, and shows”